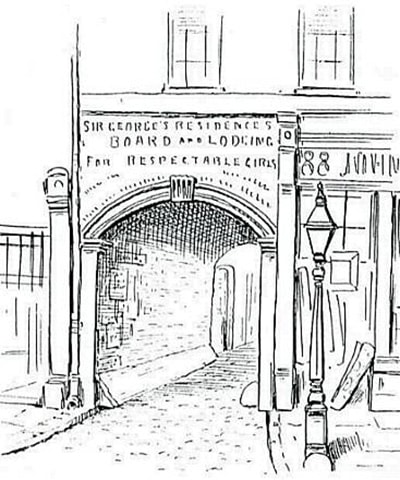 PC Thomas Barrett was walking his beat around 2 a.m. on the morning of August 7th when he passed by the North entrance to George Yard on Wentworth Street. Since the day before had been a bank holiday, the night had been more active than usual, with the streets full of merry-makers and no shortage of fights.

Barrett noticed a soldier loitering at the entrance to the yard who he assumed had been out taking advantage of the festivities as well. He then approached the soldier and asked if it was about time for him to be getting back to his barracks. The soldier told him he was waiting for a ‘chum’ who had gone inside the yard with a girl. It was a good enough answer for Barrett, and he continued on his way.

A little over two hours later, a resident of the George Yard buildings named John Saunders Reeves found Barrett and summoned him to come along to see the body he’d found lying on a staircase landing. 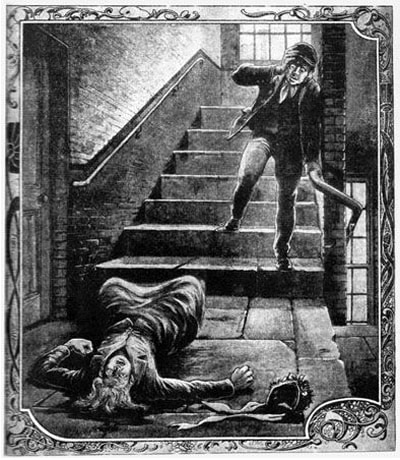 The woman’s body was slumped in the staircase as if asleep, but her once green skirt, petticoat, and jacket were now soaked with blood. In fact, the body lay in a puddle of it. Dr. Timothy Killeen was called to do a post-mortem at 5:30 a.m., and he found a total of 39 stab wounds on the body including seven in the lungs, one to the heart, five to the liver, two to the spleen, and six to the stomach. Dr. Killeen said that most of the wounds had been made with an ordinary pen knife, but one to the sternum looked to have been made with something larger. Perhaps a bayonet.

PC Barrett thought immediately of the soldier he had seen standing in the doorway. 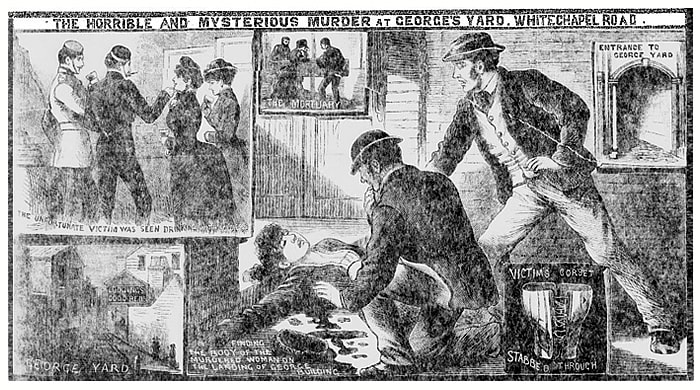 The victim’s legal name was Martha Tabram, though she had been going by Martha Turner since she began to date Henry Turner about nine years previously. She was born Martha White on May 10, 1849, to Elisabeth Dowsett and Charles Samuel White, who worked in a warehouse. Martha grew up with four older siblings, and her parents separated when she was sixteen. Not long afterward they attempted to reconcile, but then, her father, Charles, died suddenly. Friends and relatives said she was never the same afterward.

At age 20, Martha married Henry Samuel Tabram, but the two only stayed together for six years as Martha was already drinking heavily. He continued to pay her an allowance until he discovered that she was living with with a carpenter named Henry Turner. By the time 39 year old Martha was murdered, her relationship with Turner had reached its end as well. “Since she has been living with me, her character for sobriety was not good. If I give her money she generally spent it in drink,” Turner said in the inquest, revealing that Martha would often disappear for an entire night and blame her long absence on a “hysterical fit” that caused her to lose her memory. Turner admitted that while he had seen her go into a “fit” in the past, he had no idea whether they were genuine or not.

The regular fixtures in her life had seen Martha very seldom in the days leading up to her death. Her last known address was 19 George Street, Spitalfields, a place known as Satchell's Lodging House. Before that she and Henry Turner had been staying with a woman named Mary Bousfield, to whom she had owed back-rent, and had bolted in the night without paying.

In a strange act of shame or remorse, perhaps, Mary reported that Martha had broken back in to Mary’s house and left the back rent sitting on a table for her to find. The last time Turner had seen Martha was on August 4. She had been looking very broken down, and Turner gave her 1 shilling and 6 pence with which he encouraged to buy her trinkets to hawk and make herself a living. 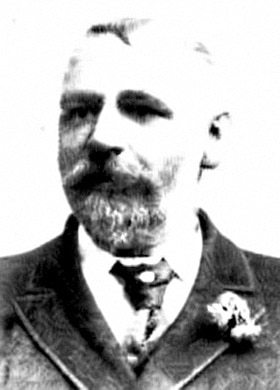 Edmund Reid hurried to bring his constable PC Barrett to have a look at the local troops and identify the soldier he’d seen. After having a look at the soldiers that had been detained in the Tower (serving as a “drunk tank” to hold soldiers who had broken rules over the bank holiday), PC Barrett could not identify anyone.

A parade of soldiers who had either been absent or on leave at the time of the murder was arranged for August 8. As he described in a report to the police commissioner, Reid cautioned Barrett to ‘be careful as to his actions because many eyes were watching him and a great deal depended on his picking out the right man and no other.’ Barrett viewed all the men in the lineup, selecting one with medals on his chest. When Reid reminded him to be very careful in his choice, he picked out a different man with no medals on his chest. He said later that he picked the second man after remembering that the man he had seen in George Yard had not had any.

This selection of two different people would be a subject of suspicion and mockery later on.

After the inquest, there were reports that someone who'd attended had identified the as-yet-unknown victim as Emma Turner. On August 11th, officers tracked down the person who claimed to have spent the evening with “Emma” Turner on the night she was murdered: Mary Ann Connelly, better known as Pearly Poll. She was the only one who called Tabram by that name, and Henry Turner had never met her before. Connelly's whereabouts after the inquest were unverified, though she claimed to have been staying at a cousin’s house. Despite her elusiveness, Connelly’s account of what occurred that night would become the most often-repeated storyline. 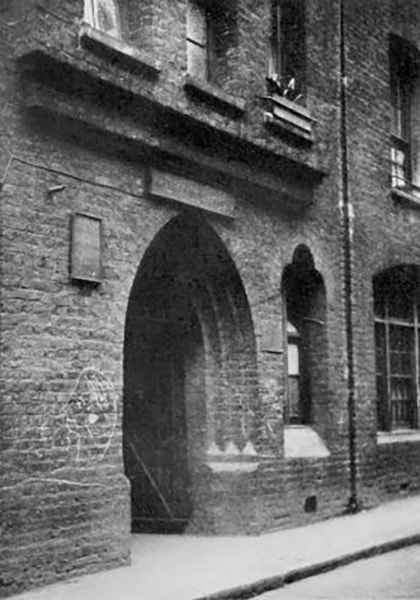 Connelly claimed that she had spent the evening bar hopping with Tabram, having made friends with her while they both lived in a lodging house. The two had picked up a couple of soldiers while out and about, with Martha pairing off with her soldier at the entrance to George Yard around 11:45pm. Connelly and the soldier she was with went on to Angel Alley, returning to George Yard about half an hour later, at which point Connelly waited briefly and went home when Martha didn’t show.

Whitechapel police set up two separate identity parades of soldiers, first bringing her to the Tower and then later to the Wellington Barracks at Pimlico. At the first, Reid reported that she had behaved in a “flamboyant” way, shouting, “He ain’t here!” when pressed to identify someone. At the second identity parade she was more subdued and nervous, but made an unsettling move: identifying two military men without hesitating. To both the press and the police, it appeared that she had just walked up and chosen two random people. The soldiers' alibis checked out and they were pursued no further.

Ripper Murder or Not?

Pearly Poll’s odd, shifty behavior made her testimony difficult to use, and the case never yielded a prosecutable suspect. Her changing story, disappearance and reappearance, and other inconsistencies lead some to believe that Tabram’s death was related to gangster activity or organized crime. Reid told local papers that he believed that the killer of Martha Tabram was probably “belonging to the same miserable class” as Pearly Poll, but had been intimidated into reporting what they knew by some “scoundrels of the locality.” The shifty behavior of the major witness, the argument goes, smacks more of a criminal coverup than a lone-wolf serial killer like Jack the Ripper. 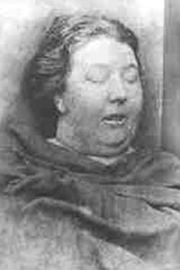 On the other hand, the Hewitts', whose room was right beside the place where Martha’s body was found, reported not hearing a struggle taking place outside their bedroom door that night. By this logic, this would mean that they had not heard two people climbing the stairs and speaking to one another or the sound of the killer exerting himself while inflicting 39 stab wounds. It could have been that they were accustomed to tuning out their surroundings, or that they had ignored the sound of an altercation because they thought it was an interpersonal dispute and didn’t realize it was a murder and then felt ashamed. Or else, the customary stealth of a killer like Jack the Ripper had been used to silently end Martha’s life. Papers reported part of the Hewitts' testimony at the inquest as follows:

“Mrs. Hewitt remarked that early in the evening she had heard a single cry of ‘Murder!' It echoed through the building, but did not emanate from there. ‘But,' explained Mr. Hewitt and Mrs. Hewitt in a breath, ‘the district round here is rather rough, and cries of ‘Murder!' are of frequent, if not nightly, occurrence in the district.” 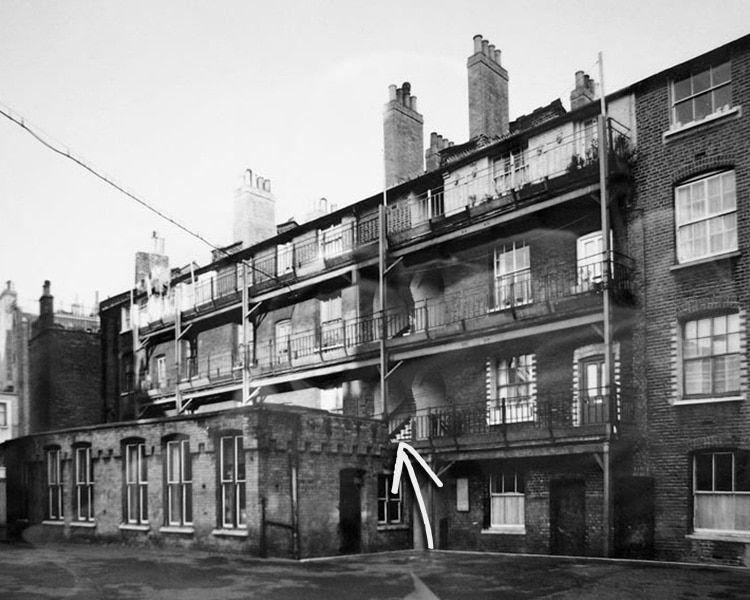 The arrow marks the spot which was likely the scene of Martha Tabram's murder.

Another point of controversy for whether or not Martha was a victim of the Ripper was the nature of her wounds. She had been stabbed multiple times by a pen knife, as well as a larger wound that Dr. Killeen had at first believed was inflicted by, if not a bayonet, then at least by a larger knife. The Ripper, however, would later become recognizable by his particular style of slashing victims, including a mortal wound across the throat and large tears in the abdomen. In Martha’s case, however, there were 39 puncture wounds all over the body without the characteristic slashes of the Ripper. The fact that Martha was stabbed rather than slashed caused her to be written off as a non-Ripper murder for many years. 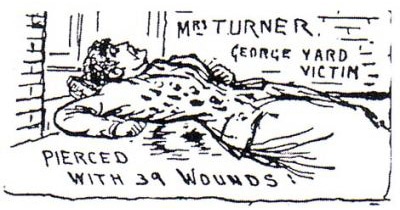 Despite her exclusion from the list of “canonical” victims, the sheer savagery of her murder, the crime having taken place only weeks before the first Ripper murder, as well as her similarity to the other victims, means she may always linger on the fringes of possibility.

Few fictional documents dare to enter the skull of Saucy Jacky himself. They prefer to trot along on the periphery, showing us all the historical evidence we’ve seen time and time again from the same … END_OF_DOCUMENT_TOKEN_TO_BE_REPLACED

Many people, upon hearing that they are the progeny of a mass-murderer, bury this fact and shy away from it as much as possible. Jeff Mudgett, a lawyer and former Commander in the U.S. Naval Reserve, … END_OF_DOCUMENT_TOKEN_TO_BE_REPLACED

Jack the Ripper: The Forgotten Victims by Paul Begg & John Bennett Yale University Press (March 1, 2014) There are at least four or five victims that we can (mostly) agree were killed by the … END_OF_DOCUMENT_TOKEN_TO_BE_REPLACED