You are here: Home / The Investigation
240 Shares

While modern folk are more than familiar with the archetype of the serial killer, the Whitechapel murders of 1888 were unlike anything the Metropolitan Police had ever seen before. With the help of hundreds of movies and the work of FBI profilers, we have become accustomed to the idea of the lone murderer, hiding in plain sight, with a compulsive and animalistic bloodlust. 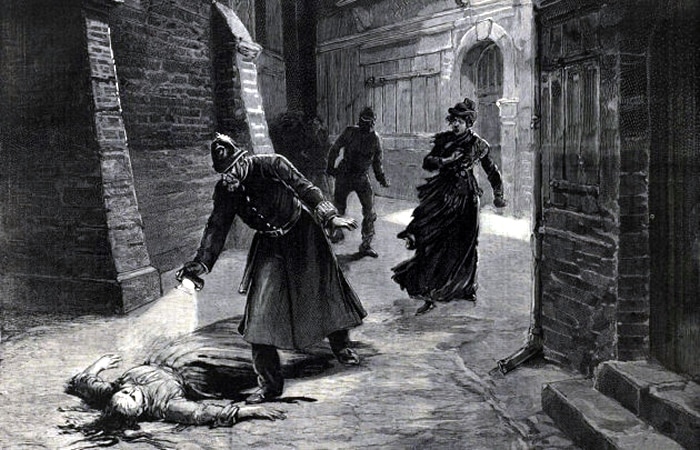 In 1888, however, the term “serial killer” had not even been coined yet. Crime was rampant in Whitechapel, and the bulk of murders were carried out by street gangs or in the form of domestic violence. Even then, however, crimes referred to as “ripping” consisted of robberies, revenge killings, and random violence to keep the public fearing them.

Forensic investigation was almost nonexistent, save for medical investigations determining cause of death. Even results of autopsies were cause for disagreement between medical professionals and coroners; at the time coroners were elected officials that sometimes had no medical background at all. There was no “CSI” and not even fingerprinting technology. Police could only hope to elicit confessions from murderers or to catch the perpetrator in the act. 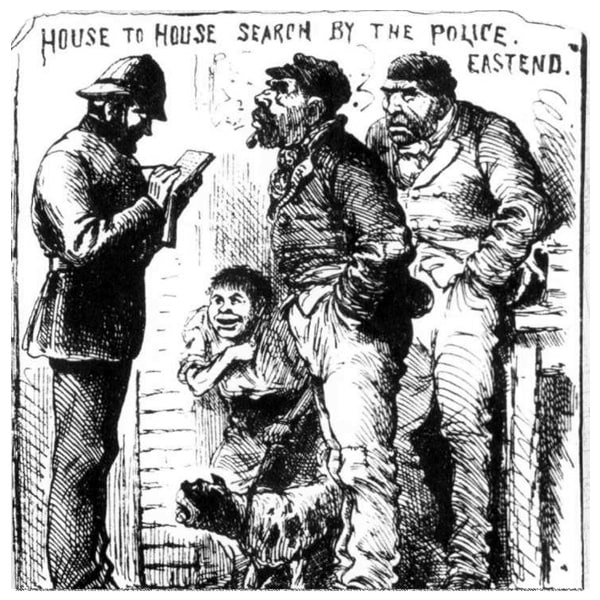 Police swept through East End neighborhoodss conducting home searches, looking for any information or evidence they could find.

Trying to catch the Ripper as he attempted to victimize another Whitechapel woman, constables and plainclothes officers flooded the streets of Whitechapel. Saucy Jack, however, was able to elude police every time, performing the murders and mutilations quickly with officers often patrolling right around the corner.

The consistent failure of police to capture the Ripper led to intense criticism from the dozens of newspapers competing in London at the time. Satirical cartoons and scathing articles were released on a daily basis to mock the futile efforts of London police. Recently, news emerged that Bram Stoker, having formerly made a “Detective Cotford” the hero of Dracula, removed the Metropolitan Police from his novel after becoming disgusted with their handling of the case.

The press’ main target was police commissioner Sir Charles Warren, who was already maligned in the press for his role in “Bloody Sunday” in 1887. He went on to make several unpopular decisions in the handling of the Jack the Ripper case.

When Mary Ann Nichols’ body was discovered on August 31st, 1888, local merchants petitioned the Home Office of the Metropolitan Police to offer a reward for information leading to the killer’s capture that very day. The first request came from L. & P. Walter and Sons, local clothing manufacturers. It would not be the last. Local business leaders were concerned about the effect the killings would have on productivity and sales in the East End. These men banded together to create The Whitechapel Vigilance Committee, offering their own reward after being turned down numerous times by the Home Office, and filling the streets with their own men in addition to the police that were already there.

Time and time again throughout the autumn of 1888, requests came from citizens to offer a reward, and time and time again they were denied. Sir Charles Warren was adamant that a reward would do nothing but encourage more false leads, something that already saturated the detectives working the case.

One of Warren’s most controversial decisions took place on the morning following the “Double Event” on September 30th, 1888. A piece of Catherine Eddowes’ apron was found around the corner from her body, lying underneath a piece of graffito written in chalk. Now known as the “Goulston Street Graffito”, it read: “The Juwes are the men that Will not be Blamed for nothing.” 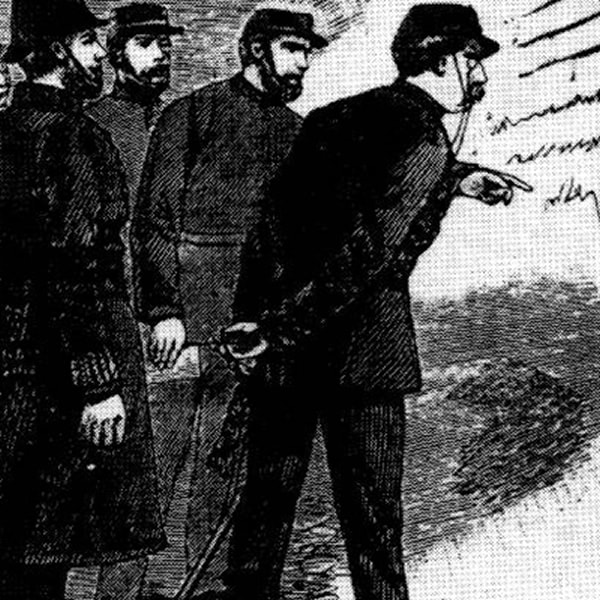 Warren ordered the writing washed from the wall immediately. Some conspiracy theorists have pointed to this as proof Warren was trying to suppress evidence. One must remember, however, that a lack of forensic technology meant leaving the writing on the wall posed little benefit to the investigation. There was also high anti-Jewish sentiment in the East End, and Warren was eager to avoid social upheaval. The decision was criticized at the time and continues to draw scrutiny to this day.

Perhaps one of the most ridiculed snafus involved a couple of bloodhounds named Burgho and Barnaby. The dogs were touted as a new innovative way of tracking criminals through scent. In spite of this, however, they never saw any investigative action, having been out of town when summoned by police on an unrelated case. The efforts truly dead-ended, however, when the dogs’ owner, Edwin Brough, found out the police had no budget to pay for their services. 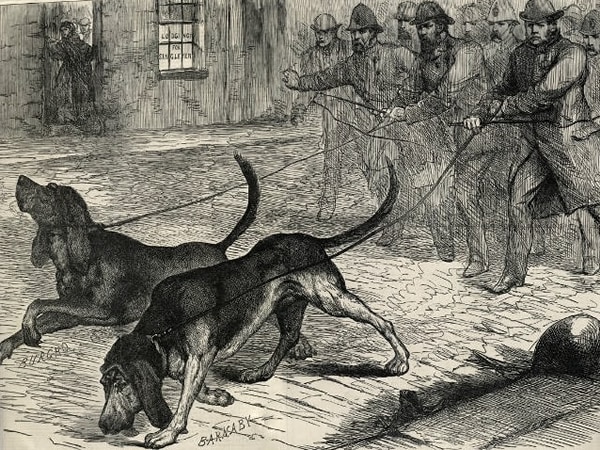 On the morning that Mary Jane Kelly’s body was discovered, officers waited for two hours outside No. 13 Miller’s Court without entering the premises and beginning the investigation. They were waiting for the dogs to arrive first, to hopefully get a scent of who had been inside Kelly’s room before investigators entered.

Nobody had told them that the dogs were no longer associated with the police force. They also had not been told that, in the midst of harsher and harsher criticism of his handling of the case, Sir Charles Warren had put in his resignation the previous evening, November 8th.

Special patrols and police presence in Whitechapel did not die down until April of 1890, over a year after Mary Jane Kelly’s murder. Members of the CID, most famously Melville Macnaghten and Donald Swanson, continued to study the case, making their own speculations as to the murderer’s identity. 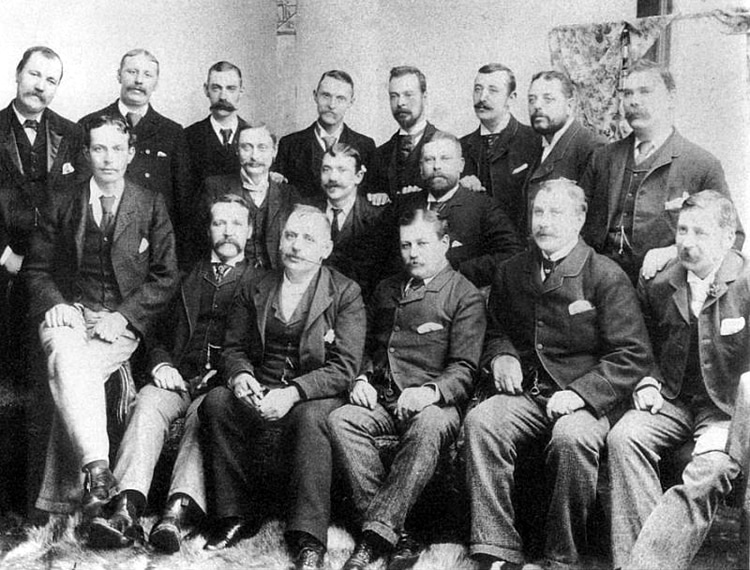 Investigators Associated with the Jack the Ripper Case: 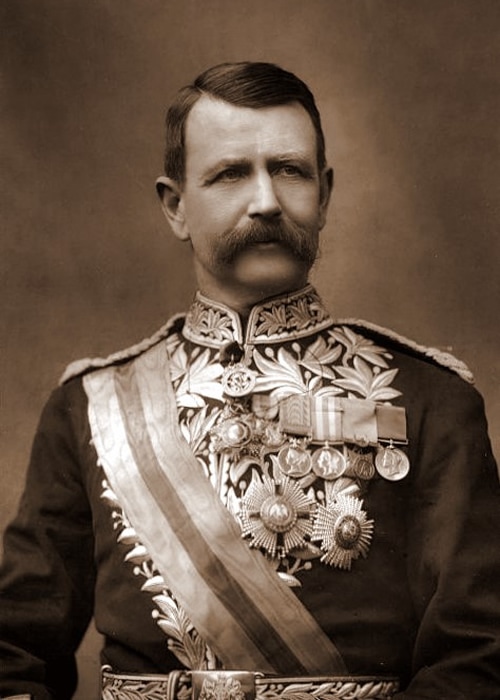 Warren, Police Commissioner at the time of the Ripper murders came from an extensive military background, having served in South Africa and Ottoman Syria among other places. He was appointed Police Commissioner in 1886, and one year later was made infamous by the “Bloody Sunday” incident in Trafalgar Square, a clash between police and protestors in which two were killed and 77 injured.

The Whitechapel murders occurred on the heels of Bloody Sunday, and Warren received extensive criticism about the way the Home Office handled the murder investigation. He resigned one day before the murder of Mary Jane Kelly. Warren never expressed an opinion as to who exactly the Ripper may have been. 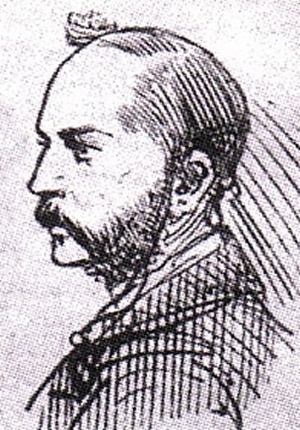 Detective Abberline joined the Metropolitan Police in 1863 and first worked in H Division (Whitechapel) as a Local Inspector in 1878. He was promoted to First Class in 1887 while working in Whitehall. At the time of the Ripper murders, Abberline was transferred back to Whitechapel to work on the investigation, due to his familiarity with the neighborhood. He went on to be promoted to Chief Inspector, then retired from the police force in 1892 and went on to work as a private agent, then to head the European division of the Pinkerton Detective Agency.

Abberline’s favored suspect was Severin Antoniovich Klosowski, otherwise known as George Chapman, who was convicted and executed in 1903 for poisoning three of his wives to death with tartar-emetic acid. He suspected Klosowski to be the Ripper partly due to an interview with his first wife during the Whitechapel Murder spree, where she said he had a violent nature and spent many evenings out of the house in unknown locations. 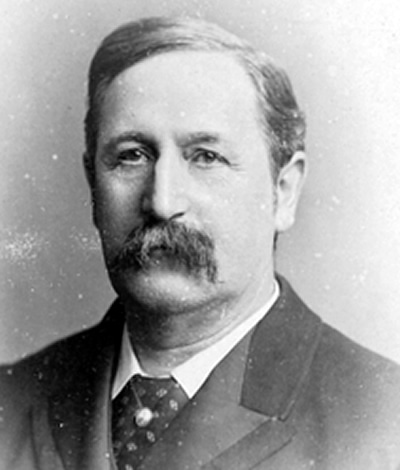 Chief Inspector Donald Swanson was chosen by Commissioner Charles Warren to oversee all information gathered from the Ripper case. His job was to read, organize, and assess all of the police reports and evidence connected with the Whitechapel murders. He was highly regarded as an officer, being described by by Sir Melville Macnaghten as “a very capable officer with a synthetical turn of mind”.

Swanson is famous for the “Swanson Marginalia”, naming Aaron Kosminski as the primary Jack the Ripper suspect. These notes were distributed by one of Swanson’s descendents.

“…the suspect was sent to Stepney Workhouse and then to Colney Hatch and died shortly afterwards – Kosminski was the suspect.” 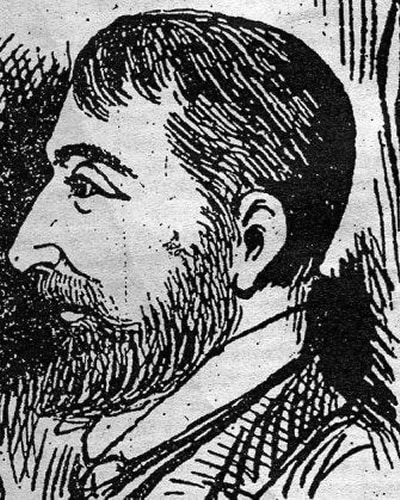 Inspector Edmund Reid was in charge of the Criminal Investigation Department (CID) of H Division (Whitechapel), and was beloved by the local press.

In a letter he wrote to the The Morning Advertiser in 1903, Reid stated that he believed Jack the Ripper to be responsible for 9 of the Whitechapel Murders, which ended with Frances Coles. Reid was also skeptical of any theories involving the Ripper having any sort of surgical skills or knowledge of human anatomy. Reid believed the victim's wounds were merely wild slashes made by the killer after the victims were dead, and he also doubted that the killer had at any time removed a victim's body parts from the scene.

Reid did not name a particular individual as Jack the Ripper, but did tell Lloyd’s Weekly News in 1912 that the murderer was probably a drunk local to Whitechapel who killed while blacked-out and did not remember his crimes. 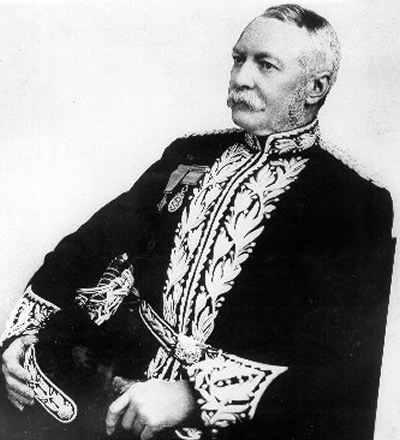 Monro believed that Montague Druitt was Jack the Ripper, according to his grandson Christopher, but was prohibited from saying so at the height of the murders due to political reasons. The story has it that William Druitt, brother of Montague Druitt, had threatened that if his brother was named as the killer, he would reveal to the press information indicating that there were homosexuals in high positions in Parliament, the Bar, the Army and the Church. James Monro's son, Douglas Monro, claims to have uncovered this information while reading through his father's papers after his death. 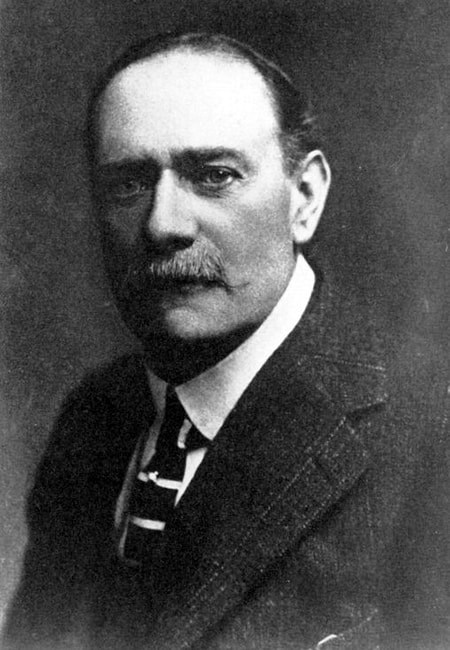 Though he was not directly involved in the Ripper investigation, and was not actually brought into the CID until 1889, Macnaghten was an avid student of the case. Before working for the police, he managed his father’s tea farms in Bengal, India. He then returned to England in 1888, was appointed an Assistant Chief Constable in 1889, and then Chief Constable in 1890.

Macnaghten had a set of three suspects that he favored after studying police records of the case: Druitt, Kosminski, and Ostrog. He summarized the reasons for his strong suspicions in the famous Macnaghten Memorandum, in which he also detailed what would become known as the “canonical five” Ripper victims. The report was written in 1894, but was not released into the public view until 1959.