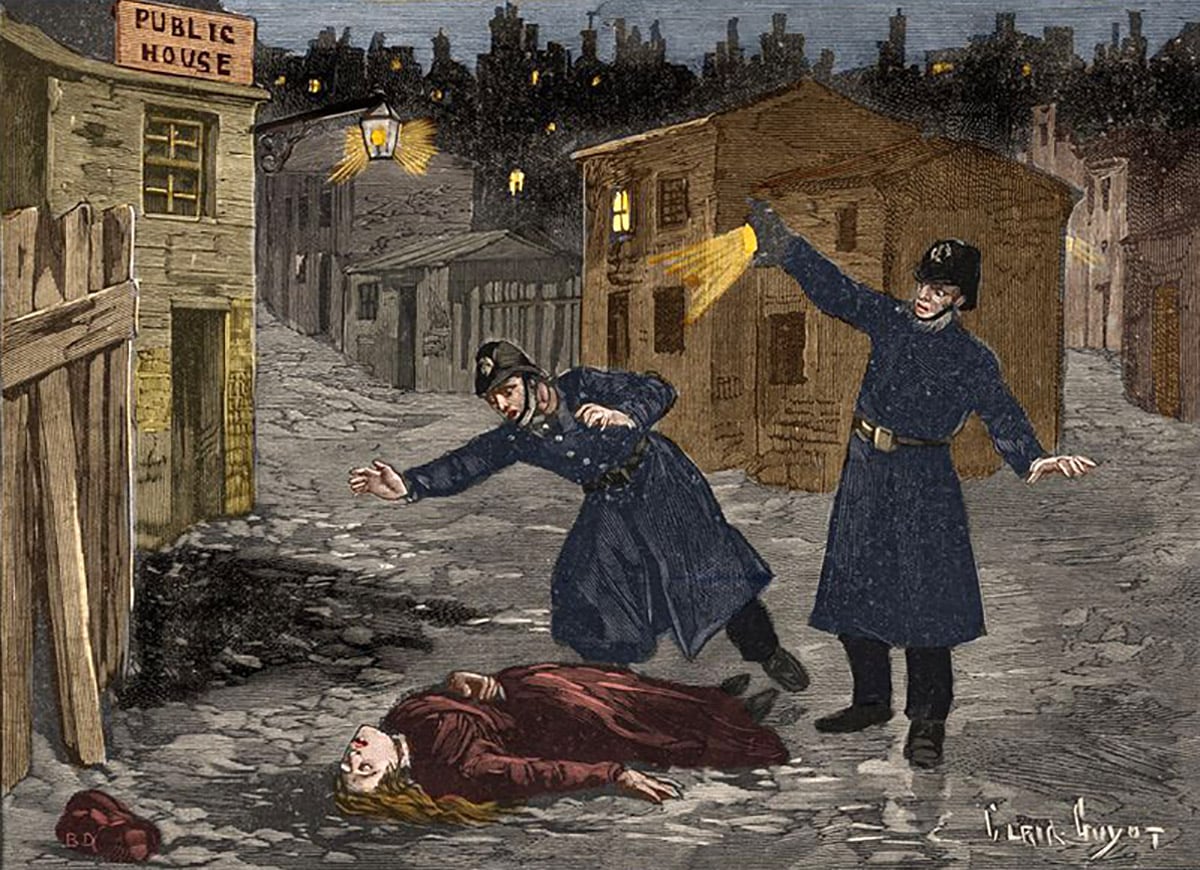 When you think “forensic science” and Jack the Ripper, you might think first of the claims Russell Edwards made in his September 2014 book Naming Jack the Ripper. Edwards declared that through mitochondrial DNA (mtDNA) testing of what is purported to be Catherine Eddowes’s shawl, Aaron Kosminski was conclusively the killer. Though we’ve come to see DNA as the gold-standard of criminal evidence, many of us who have followed the case don’t buy it. The use of this technology to try to solve a murder from the late 1800s does beg the question, though: were there scientific or forensic methods that police could use at the time to solve the Whitechapel murders?

There were very few options for Whitechapel Murder investigators

Ultimately, DNA was completely irrelevant to solving the Jack the Ripper murders, as were most of the other forms of physical evidence we rely upon today. Deoxyribonucleic acid wasn’t discovered until 1953 and was only used in court for the very first time in 1986 to convict UK rapist and murderer Colin Pitchfork.

Fingerprinting was only introduced to Scotland Yard in 1902, ten years after Sir Francis Galton published his research in the book Finger Prints in 1892. (Notable: Galton also defined and studied the concept of “eugenics,” so that’s an uncomfortable rabbit hole all its own.)

In general, investigators were limited to circumstantial evidence such as a number of conflicting witness statements. They also had the search for a motive, sifting through letters from people claiming to be the murderer, cryptic graffiti near the body of Catherine Eddowes, and a blunderous attempt to use sniffer dogs.

The closest thing that investigators had to forensic evidence were the observations of police surgeons, both from examining the crime scene and from victim autopsies.

Police surgeons who worked on the Jack the Ripper case included Dr. Rees Ralph Llewelyn, who was at the scene of the Mary Ann Nichols murder and was later contacted to do the autopsy; George Bagster Phillips, who had the greatest amount of involvement with the medical investigation and did autopsies for Annie Chapman, Elizabeth Stride, and Mary Jane Kelly; Dr. Frederick Gordon Brown, who examined Catherine Eddowes; Dr. Frederick Blackwell, who assisted with Elizabeth Stride’s autopsy; and lastly Dr. Thomas Bond, who assisted with the examination of Mary Jane Kelly. Other doctors would sometimes assist or sit in on each others’ autopsies as well.

Police surgeons were called right away when a body was discovered. They were responsible for determining, to the best of their ability, when and how the victim had died as well as take note of any belongings or objects of interest nearby. They also would examine wounds and use these observations to deduce what weapons were used to inflict them.

Calling the time of death could be difficult for the doctors, and sometimes their decisions conflicted with witness testimony. In the case of Annie Chapman, for instance, Dr. Phillips estimated the time of death as 4:30 a.m. due to the fact that the body was cold but rigor mortis had not yet set in. However, two different witnesses said they had remembered hearing or seeing Annie around 5:30 a.m. As evidence was examined at the inquest, it came down to whether the jury believed the police surgeon or the eyewitnesses. This, unfortunately, just added more confusion to what ended up being a hopeless cause.

How evidence was presented to the court

The police surgeons named above each conducted autopsies for the Whitechapel murder victims and wrote reports detailing all they found. The reports were then given to the coroner, who would interpret them to the best of his ability, and then give them in evidence during the inquest.

The coroner at the time, Wynne Edwin Baxter, did not have medical training and was instead trained as a solicitor. Being more politically oriented, Baxter at times put forth unconventional theories that did not reflect the physical evidence. One example is that, for a period of time, he believed that the Ripper was in the organ trafficking business and was killing women to harvest and sell their uteri to American buyers. This theory was eventually ruled out.

These flights of imagination made it all the more important for the surgeon’s reports to be as thorough as possible.

Photographs were taken of the corpse to catalog the wounds that were visible from the outside. A few of these graphic photos can be viewed online to this day. Only in Mary Jane Kelly’s case was a crime scene photo taken, otherwise officials waited until the body had been moved to the autopsy table. Otherwise, the position of the body was always described in writing before continuing on to the stab wounds themselves and then the condition of the insides of the body.

Investigators had to parse out what was related to the murder itself and what was not. Annie Chapman had signs of advanced disease in her lungs and brain membranes. Investigators speculated that, had she not been killed, she would have soon died from tuberculosis. Additionally, Chapman had older bruises that she had received in a fistfight days earlier rather than from her attack.

Once all these notes were detailed, the surgeons gave their expert opinions in attempts to profile the sort of person who could have carried out the crime. The following is an excerpt from Dr. Phillips’s autopsy report for Catherine Eddowes, which contains some of his speculations on the criminal’s motives and knowledge:

I believe the perpetrator of the act must have had considerable knowledge of the position of the organs in the abdominal cavity and the way of removing them. It required a great deal of medical knowledge to have removed the kidney and to know where it was placed. The parts removed would be of no use for any professional purpose.

I think the perpetrator of this act had sufficient time, or he would not have nicked the lower eyelids. It would take at least five minutes.

I cannot assign any reason for the parts being taken away. I feel sure that there was no struggle, and believe it was the act of one person.

Making sense of the Whitechapel murders

The gruesome murders in the fall of 1888 deeply affected all investigators, medical or otherwise. Even Dr. Phillips was, at first, unable to bring himself to present evidence of all Annie Chapman’s injuries at the inquest. Coroner Baxter allowed him to wait to present the remaining evidence a few days later, and even then several newspapers refused to print all the details.

While investigators were able to determine the sort of weapon used, the fact that the Ripper was right handed, whether the victim bled to death or was strangled, and the time of death, nothing brought them closer to discovering the murderer’s identity.

Maybe today’s forensic advances would have helped bring the killer to justice. Maybe it could have even saved the lives of one or more of the victims. The fact remains, however, that all inquests ended with the same conclusion: death by person or persons unknown.