You are here: Home / Ripper Books / Struggling with Certainty
3 Shares 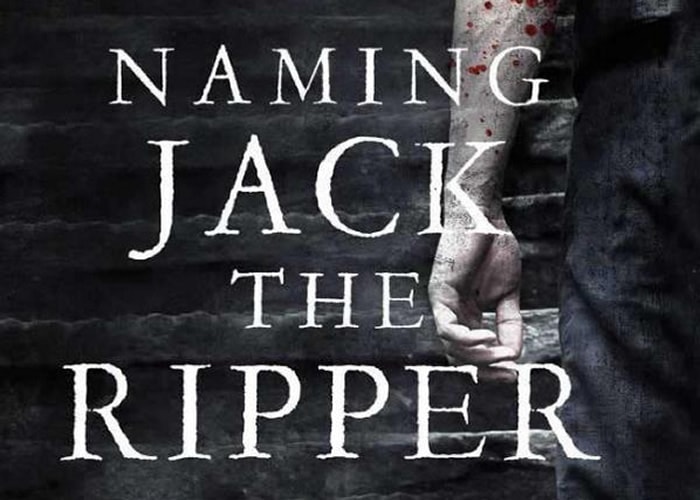 A Review of “Naming Jack the Ripper“ by Russell Edwards

My first feeling when I saw the news in September 2014 about Russell Edwards “solving” the Jack the Ripper case was a sick sense of disappointment. Inside I think most of us are averse to the idea of the Ripper case closing. There’s obviously a whole industry and subculture built around the case remaining shrouded in mystique.

Also, I had just finished Philip Sugden’s The Complete History of Jack the Ripper days before, and had been greatly impressed by the comprehensive and objective nature of his research. Sugden argues against Kosminski’s being the Ripper due to his “catatonia” and perceived incompetence, and favors Detective Abberline’s pet suspect, George Chapman. Coming off of 500-some pages of detailed history, my view was decidedly colored.

“He is no longer just a suspect. We can hold him, finally, to account for his terrible deeds. My search is over: Aaron Kosminski is Jack the Ripper.”

Before going any further, I’d direct you to the Whitechapel Jack editorial written directly after Edwards’ public revelation. Here, you’ll find a comprehensive summary of how Edwards and Louhelainen came to their scientific findings related to the Eddowes shawl (in layman’s terms).

Edwards front loads his book with autobiographical information, including his own contentious family history and his past as a homeless teen and young adult. He even goes into very personal family traumas including multiple miscarriages. Much of this seems irrelevant, and an over-share for someone trying to become an authority on the Ripper murders. I’ll allow that we live in an age where vulnerability and openness in writing draws an audience. If anything, though, including himself so heavily as a character in this work was tiresome and detracted from his credibility.

It becomes clear right away that Edwards is obsessively attached to discovering the Ripper’s identity. He recounts many sleepless nights during Louhelainen’s tests and investigations into the mtDNA found on the Eddowes shawl. The book’s narrative is colored by a passion bordering on desperation. On the other hand, I have no doubt about his sincerity and belief in his cause (he certainly seems to have spent enough money pursuing it).

As a centerpiece to the argument, the shawl itself is problematic. Even a DNA sample recovered from a crime scene today that has been contaminated is inadmissible in a criminal case. This shawl is so old and has passed through so many hands that, even though it’s a very interesting piece of the puzzle, I can’t completely buy into it. He does a very comprehensive job detailing its history and possible origins though, which is worth reading even if there is reasonable doubt.

Edwards was able to change my mind about one thing that had nothing to do with DNA evidence, and that was Kosminksi’s viability as a suspect. My main objection was the Sugden-colored view of Kosminski as “catatonic” during his time in the Stepney and Leavesden asylums. Edwards, however, includes excerpts from records of Kosminski’s stay at Colney Hatch Asylum and later Leavesden Asylum, where he later died.

After reading through these and other records, I can agree with the armchair diagnosis that Kosminski exhibited signs of schizophrenia, and perhaps even schizoaffective bipolar disorder. That means he would have swung between catatonic depressive episodes and delusional periods of mania, in which plausibly he could have committed the murders. Combined with my own amateur studies of modern serial killers, I no longer have a hard time believing someone so mentally deranged could pull off these murders without being caught.

It remains to be seen how long Edwards will be a superstar among Ripper theorists, and how much long-term traction his CSI-style discovery will gain. To draw more people to his side, though, it’d be in his best interest to get a second opinion. Due to the age and hazy history of his evidence, he’s also going to have to make peace with the fact that many will maintain their reservations (and that they have a right to them)

Few fictional documents dare to enter the skull of Saucy Jacky himself. They prefer to trot along on the periphery, showing us all the historical evidence we’ve seen time and time again from the same … END_OF_DOCUMENT_TOKEN_TO_BE_REPLACED

Many people, upon hearing that they are the progeny of a mass-murderer, bury this fact and shy away from it as much as possible. Jeff Mudgett, a lawyer and former Commander in the U.S. Naval Reserve, … END_OF_DOCUMENT_TOKEN_TO_BE_REPLACED

Jack the Ripper: The Forgotten Victims by Paul Begg & John Bennett Yale University Press (March 1, 2014) There are at least four or five victims that we can (mostly) agree were killed by the … END_OF_DOCUMENT_TOKEN_TO_BE_REPLACED