You are here: Home / The Whitechapel Vigilance Committee
141 Shares

On September 10, 1888, just ten days after the body of Mary Ann Nichols was found in Buck’s Row, a group of Whitechapel business owners and tradespeople gathered at “The Crown” public house. The group included Freemasons, contractors, manufacturers, and tailors, among others. They dubbed themselves the Whitechapel Vigilance Committee or the “Mile End Vigilance Committee”. 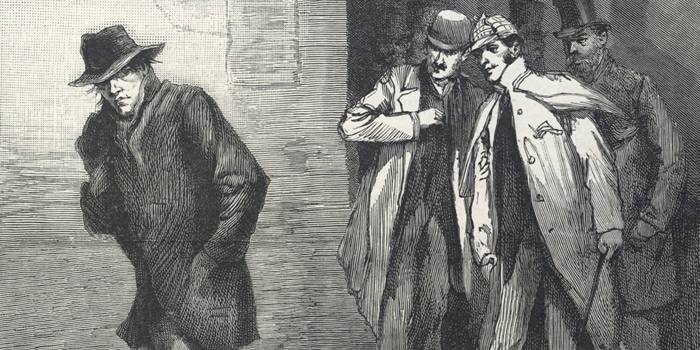 They gathered because they were deeply dissatisfied with the way that police were handling the investigation of the Whitechapel Murders.

One of their major complaints was the lack of a reward. They wrote a letter to the Home Office on September 30th of 1888, asking the Metropolitan Police to offer a reward to residents with information leading to the Ripper’s arrest. Home Secretary Henry Matthews refused based on an official government policy banning monetary rewards leading to the capture of criminals.

It was the police’s belief that offering a reward would lead to even more false leads than they were already receiving.

Not to be dissuaded, the Committee put together their own reward fund. They also took it upon themselves to increase patrols of the neighborhood. They hired unemployed men to patrol the streets at night, armed with sticks, whistles, and heavy boots.

George Lusk, The Whitechapel Vigilance Committee, and the “From Hell Letter” 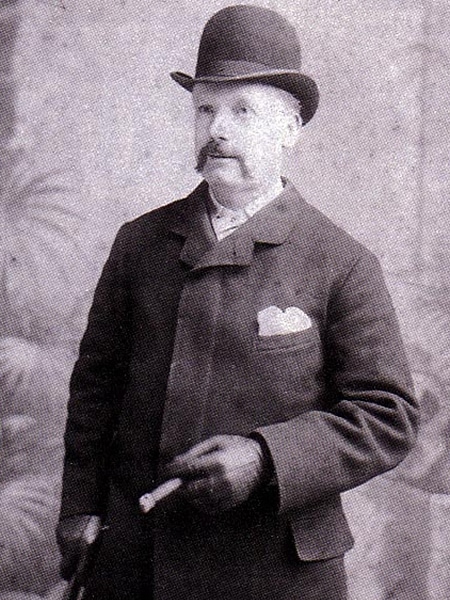 The Committee chose George Lusk as its leader, a local builder who was concerned the murders would negatively affect the growth of industry in the neighborhood.

Lusk, as the head of Whitechapel’s neighborhood watch program, had his name up on posters around the neighborhood asking for information. He also acted as a PR person, making appeals via the press. It made him the target of many practical jokers.

And perhaps worse people than that.

Ripper historians agree that most of the letters sent by “Jack the Ripper” were actually hoaxes, but some believe that the killer himself likely sent the legendary “From Hell” letter. It was not sent to the police, nor was it sent to any of London's scandal-hungry newspapers or tabloids. Instead, it was sent to George Lusk.

I send you half the Kidne I took from one women prasarved it for you tother piece I fried and ate it was very nise. I may send you the bloody knif that took it out if you only wate a whil longer

Catch me when you can Mishter Lusk

Wrapped in a bit of paper, a human kidney accompanied the grisly letter. Members of the Vigilance Committee determined that the kidney, preserved in alcohol, had come from a woman suffering from Bright’s disease. Bright’s disease is a kidney disease that arises from heavy drinking, which was Catherine Eddowes’ major vice. Major Smith of the Metropolitan Police, however, stated that though part of Eddowes’ left kidney was missing, the right one was fully healthy and showed no signs of Bright’s disease. 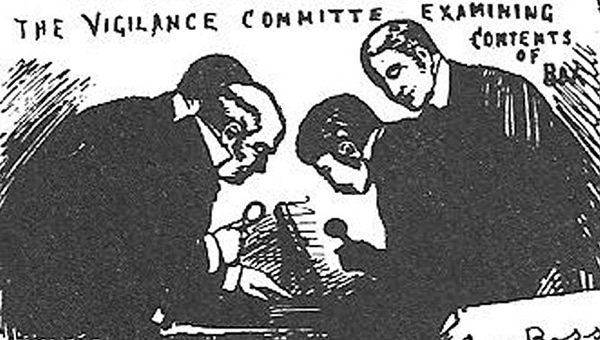 Notes from the medical examiner, Dr. Frederick Gordon Brown, however, told another story.

Regardless of the truth, Lusk brushed off the disturbing letter and the woman’s kidney accompanying it. In Victorian London, medical students had a reputation within the police force for playing morbid practical jokes with cadavers and human remains.

This wasn’t the first letter Lusk had ever gotten due to his high profile as head of the Vigilance Committee, and it wouldn’t be the last. His name had also arisen in the Ripper’s “Dear Boss” letter, which is still believed to be a hoax.

Lusk, the leader of the Whitechapel Vigilance Committee, was not the sort of man to be intimidated by menacing letters. He remained the chair of the committee until Albert Bachert succeeded him in 1890.