You are here: Home / Ripper Books / The Lambeth Poisoner has His Say
28 Shares 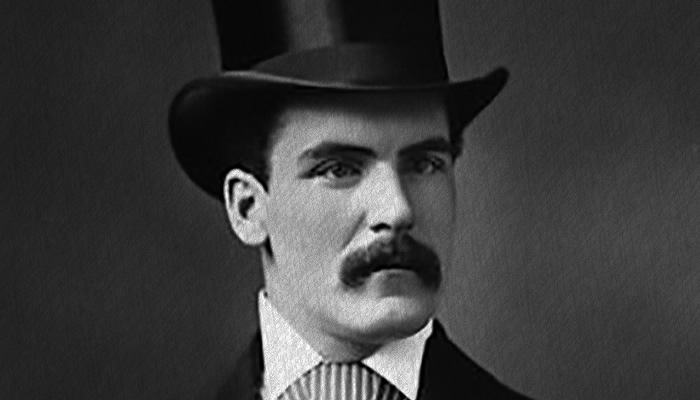 A Review of Prisoner 4374 by A.J. Griffiths-Jones

Make no mistake. Thomas Neill Cream was a rake, a scoundrel, and ultimately a murderer. But was he Jack the Ripper?

Author A.J. Griffiths-Jones presents an accurately researched account of the life of Dr. Thomas Neill Cream, perpetrator of the Lambeth Poisoning murders and Ripper suspect. Cream came to prominence as a Ripper suspect after the executioner swore he heard Cream say, “I am Jack…” in the last moments of his life.

Many dismiss Cream as a suspect, however, since his ten years serving in the Illinois State Penitentiary as the titular Prisoner 4374 included the year 1888. He was not released from prison until July of 1891, after which he went on to commit the heinous poisoning crimes that led to his executions.

Full disclosure: this book was sent to us for review free of charge. 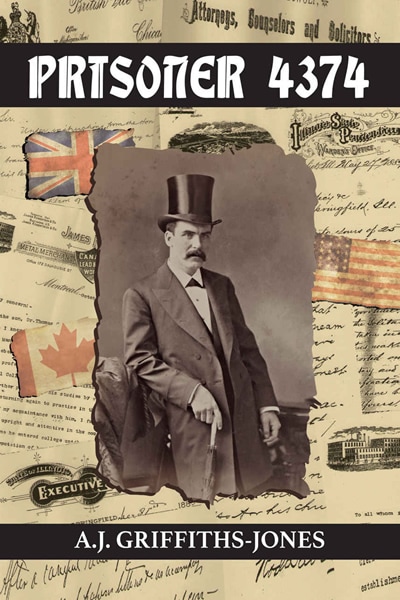 Dr. Cream has the mustache-twirling persona of a melodrama villain in Prisoner 4374

Prisoner 4374, told from a first person perspective, is not a flight-of-fancy about Cream using a decoy to serve his sentence while committing the Whitechapel murders. It remains faithful to the documented facts: letters sent by Cream from prison, reports made by the warden, etc. It does imply that Saucy Jack was a friend of Cream’s who he met while studying at London’s St. Thomas Hospital Medical School.

Those coy references to Jack the Ripper, who Cream-as-narrator refers to as “R”, led me to hope that there might be a greater clue dropped as to the Ripper suspect in question. Probably due to a desire to maintain accuracy, however, this didn’t occur.

Griffiths-Jones’ Dr. Cream has the mustache-twirling persona of a melodrama villain (though, to be fair, in all of his photos that is EXACTLY what he looks like). He speaks directly to the reader, even addressing us as “Dear Reader” a la Jane Eyre. His deflection of blame from himself and onto “harlots” for everything that goes wrong in his life is faithful to the profile of the sociopathic misogynist that Cream turned out to be. We get a lot of melodramatic lines accusing the reader of complicity in his crimes, as well as decrying women in general.

One such gem comes out at the description of Cream’s release from prison:

“…Dr. Cream was free and so too was the diabolic fiend that had been shackled for what seemed like an eternity. Revenge on womankind was going to be so very sweet.”

I think this book struggled because the author chose to write in a fictional form, yet maintain strict faithfulness to fact. It seemed a little constricted by trying to both avoid speculating while maintaining a sense of fun with the narration. A more traditional nonfiction book with clearly delineated sections to entertain “what-ifs” or a straight fictional account based around fact might have allowed some more wiggle room.

As it was, there was some fun hyperbolic language from Dr. Cream, but no dialogue or anecdotal accounts, reading more like a confessional summary than a novel.

Regardless of stylistic concerns, Prisoner 4374 is a quick read about one of the most notorious criminals in Victorian history. If you are interested in familiarizing yourself with a wider breadth of true crime from that era, this book goes more in depth than a lot of the websites you might visit.

Plus it has some great, never-before-released photos of Dr. Cream and his mustache.

Few fictional documents dare to enter the skull of Saucy Jacky himself. They prefer to trot along on the periphery, showing us all the historical evidence we’ve seen time and time again from the same … END_OF_DOCUMENT_TOKEN_TO_BE_REPLACED

Many people, upon hearing that they are the progeny of a mass-murderer, bury this fact and shy away from it as much as possible. Jeff Mudgett, a lawyer and former Commander in the U.S. Naval Reserve, … END_OF_DOCUMENT_TOKEN_TO_BE_REPLACED

Jack the Ripper: The Forgotten Victims by Paul Begg & John Bennett Yale University Press (March 1, 2014) There are at least four or five victims that we can (mostly) agree were killed by the … END_OF_DOCUMENT_TOKEN_TO_BE_REPLACED