You are here: Home / Ripper Suspects / Jill the Ripper: Was Jack the Ripper a Deranged Midwife?
103 Shares 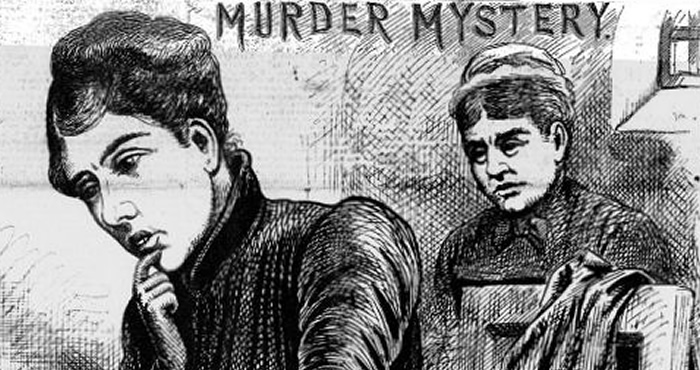 Detective Abberline was one of the first to put forward the idea that the Whitechapel Murderer might be a woman after the murder of Mary Jane Kelly. One of the witnesses interviewed following Kelly’s murder was adamant that she had seen the murder victim alive and seriously hung over hours before her body was discovered. Mrs. Caroline Maxwell insisted that she had seen her outside the Britannia public house wearing “a dark shirt, velvet bodice, and maroon-coloured shawl”, the last of which she’d seen Kelly wearing many times.

This led Abberline to ponder aloud, “Do you think that it could be a case not of Jack the Ripper but Jill the Ripper?” The idea was that a midwife would be the only type of woman capable of killing in such a gory way. Rumors that Mary Kelly was pregnant at the time of her death fed into the theory, due to a midwife’s easy access to other women’s homes. No one would look twice at a midwife with blood on her clothing, and moreover she could slip away from her crime scenes unnoticed the way the Ripper was notorious for doing.

Plus, the theory gelled with Maxwell’s puzzling story about having seen Kelly after she was supposed to have been killed already. A midwife could simply have donned her victim’s clothes and strolled out of Miller’s Court to face down the day.

In 1939, long after Abberline’s speculations were left behind, author William Stewart elaborated upon the “Jill the Ripper” idea with his book Jack the Ripper: A New Theory. His Ripper was a midwife and clandestine abortionist who was betrayed to the law by another woman. Having just emerged from prison, Jill the Ripper would be frothing at the mouth for revenge against others of her sex.

Aside from the reasons previously discussed, Stewart uses a few more points to back up the mad midwife theory. A particularly interesting one is that a midwife would have known how to use pressure points on the neck to render a woman unconscious, which was apparently something that midwives used to do to women in labor back in Victorian England. Stewart then moves on to draw comparisons between his female Ripper concept and one notorious murderer of the time. 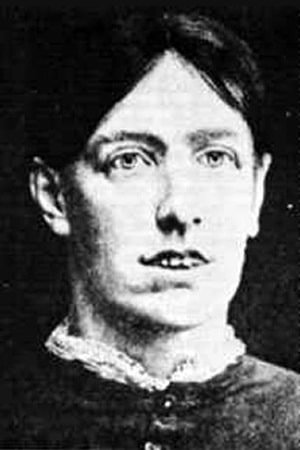 Mary Pearcey was brought in to fill the role of top female suspect long after her execution on December 23, 1890. Pearcey’s known crime was nearly as gruesome as the murder of Mary Kelly, and perhaps even more so since one of her victims was an 18 month old child.

Mary Pearcey was born Mary Eleanor Wheeler, but took the last name of a carpenter who she lived with for some time. That carpenter, John Charles Pearcey, broke ties with her because she was sneaking around with other men behind his back. In examining the pattern of her life, it becomes clear that Mary Pearcey was “boy crazy” to a self-defeating, and ultimately dangerous extent.

She soon took up with a different man, Frank Hogg, who was seeing another woman named Phoebe. When Phoebe became pregnant, Mary encouraged Frank to marry her for the sake of the child. He married Phoebe, but continued sexual relationships with both women. Phoebe and Mary were aware of each other, and according to neighbors, the two remained friends.

That assumption would take a pretty hard hit in October of 1890.

On the evening of October 24th, Pearcey was seen by several neighbors pushing a covered pram (aka baby carriage) down the street, stopping to chat here and there with passersby. The following day, the body of a young woman was discovered in a pile of garbage in Hampstead, her head smashed and almost completely severed from her body. That same day, the body of a child was also found separately, apparently suffocated. A blood-soaked baby carriage was found nearby.

The bodies were quickly identified as Phoebe Hogg and her child. Neighbors who had seen Mary Pearcey pushing the perambulator the previous evening soon tipped off police. When officers arrived at her home, the scene inside was horrific. Blood spatters covered the kitchen walls, several items of clothing, a carving knife, and a fireplace poker.

“I was having a problem with mice and was trying to kill them.”

Lovelorn and mad with jealousy, Mary Pearcey claimed innocence until the end. She was hanged on December 23rd, 1890. She maintains notoriety to this day, and the noose that killed her still hangs in Scotland Yard’s Black Museum. 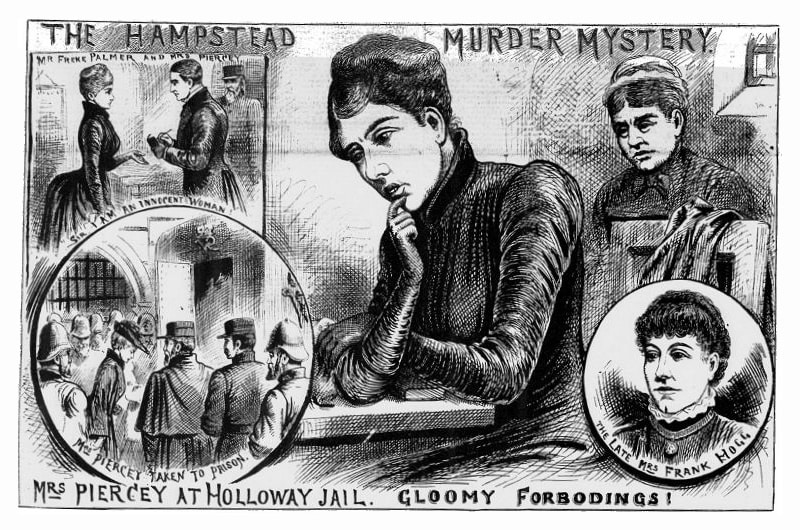 An obvious criticism of the multifaceted “Jill the Ripper” theory is the fact that there was no evidence that Mary Pearcey was a midwife herself. Autopsy reports also show no indication that any of the canonical five Ripper victims were pregnant, making the “midwife” idea a little non-sequiter. The theory also overlooks one of the most notable facts about the Ripper: most of the mutilations and cuts took place after the victims had been put down via strangulation. He or she would likely not have been so blood-spattered at all.

All the same, finding a contemporary murderer who was known to have killed in similar fashion to the Ripper is a logical step. If nothing else, recalling Mary Pearcey’s bizarre story reminds us that women are just as capable as men of carrying out violent murders, and that goes for Victorian women, too.

Few fictional documents dare to enter the skull of Saucy Jacky himself. They prefer to trot along on the periphery, showing us all the historical evidence we’ve seen time and time again from the same … END_OF_DOCUMENT_TOKEN_TO_BE_REPLACED

Many people, upon hearing that they are the progeny of a mass-murderer, bury this fact and shy away from it as much as possible. Jeff Mudgett, a lawyer and former Commander in the U.S. Naval Reserve, … END_OF_DOCUMENT_TOKEN_TO_BE_REPLACED

Jack the Ripper: The Forgotten Victims by Paul Begg & John Bennett Yale University Press (March 1, 2014) There are at least four or five victims that we can (mostly) agree were killed by the … END_OF_DOCUMENT_TOKEN_TO_BE_REPLACED